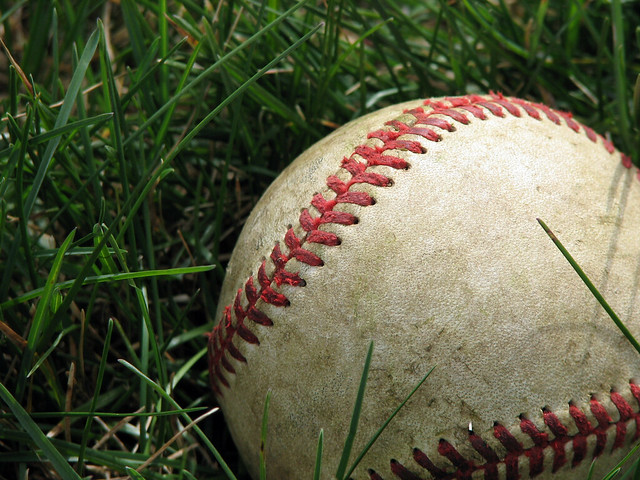 I love fall! It brings cool weather, colorful leaves, and my very favorite: the World Series. Even if my Dodgers, don’t quite make it into October, I relish the energy and camaraderie that comes from knowing baseball lovers across the country are focusing on the best of the season’s best.

My husband is a small business owner and a reformed little league baseball coach. Every season he rants about major league teams’ propensity for relying on home run hitters for runs and wins.

Sure, the super stars are crowd-pleasers and they do bring in the runs. But when those home run heroes slip into a rut, fans are disappointed. More importantly, the team’s performance suffers, meaning their off-season will start a little sooner than they had hoped.

“Small ball,” my husband grumbles. “They need to focus on small ball!”

After hearing the small ball speech many times over the years, I started pondering how the approach can lead to wins in business, too. Turns out, there are lots of opportunities! The method is based on the premise that working together as a team to advance the mission is more effective than focusing on a single super star.

In the small ball approach, every batter matters, not just the big hitters. The focus is on strategy and using multiple base hits to move players around the bases. Home runs are part of it, but the emphasis is on incremental steps toward a run rather than counting on a power hitter to save the day. Hitting a double or a single, or even a sacrifice bunt or fly ball, moves the team closer to a run.

In my office, every member of our team matters, too. We have a small group of seven, and we pride ourselves on being a relatively “flat” organization. The president/CEO has a huge personality and an equally impressive intellect. He is, indeed, a “home run hitter,” but he’ll be the first to acknowledge the unique contribution each person brings to the team.

Members of our team are plenty talented in their own right, and they are encouraged to take ownership in, and lead, their particular area of specialty. Whether it’s developing a new look for our signature publication, introducing a completely new service, or staying in touch with our member-businesses, everyone’s contribution is critical.

Patience at the plate is a key component in small ball, but it takes a lot of self discipline. The last thing most young little leaguers (and a whole bunch of big leaguers) want to do is get walked; they want a hit! In the end, though, it’s on-base-percentage (OBP) that gets measured and it really doesn’t matter how a player gets there. Swinging only at good pitches, and making smart use of walks are other tenets of small ball. Again, the goal is to move runners around the bases. The pros with the best OBP know all about it. In Game 3 of the 2015 World Series, Mets right fielder Curtis Granderson started out with a two-run homer, followed by an in-field single. After the game, he pointed out that games aren’t won on one swing. “You just have to do little things with the bat so you can hand it to the next guy,” he said. Mets Manager Terry Collins seems to agree, acknowledging that Granderson gets the team where they need to be, “and sometimes he does it with base on balls.”

Patience in the professional world can be hard to come by as well. The workforce today is becoming crowded with Millennials, workers who don’t necessarily have a reputation for being patient. Falling between the ages of 18 and 34, the generation is edging out Baby Boomers and even Gen-Xers as the largest group in the nation’s workforce. Millennials grew up in an era of unsurpassed technology, leading to instant information (and often instant gratification). In general, they’ve been on the receiving end of doting, hands-on parents that told them, “You can do anything!” And indeed, many have already proven they can.

For lots of employees, not just Millennials, taking care of the daily business and exercising patience feels like wasting time and missing opportunities. If they feel like they’re not making an impact and aren’t getting appropriate recognition in terms of feedback, promotions, or raises, they’re often crestfallen and begin seeking other opportunities. It’s the manager’s role to help channel each employee’s enthusiasm and guide the overall strategy. As in baseball, an effective business leader drafts the right players for the team and creates an environment where everyone celebrates individual successes, knowing the end result is a win for the entire company.

When it comes to getting the most from your work team, try focusing on a small ball strategy that draws on everyone’s skills to score a win. Empowering individuals at all levels, acknowledging their contributions, and creating a synergistic environment just might get your business into the big leagues.

One thought on “What Business Can Learn From Baseball”